We’ve lost track of how many lawsuits have been filed by anti-fossil fuel groups against EQT Midstream’s Mountain Valley Pipeline (MVP), and Dominion Energy’s Atlantic Coast Pipeline (ACP). Among the flood of never-ending lawsuits was a lawsuit against both pipelines from a group of 50 or so landowners who tried to overturn the constitutional use of eminent domain to force hold-out landowners to accept the pipeline. The landowners tried to court-shop and find a court to aide them in their cause. Last Friday the U.S. District Court for the District of Columbia rejected that effort.
Continue reading

Earlier this year the federal EPA approved a new injection well for Plum Borough in Allegheny County, PA (see Federal EPA Approves Permit for Plum, PA Wastewater Injection Well). Although federal approval is necessary, so too is state approval. The PA Dept. of Environmental Protection (DEP) held a public hearing Monday night to elicit input. Around 60 people showed up. All 17 who spoke at the hearing were against the proposed injection well.
Continue reading

We’re going to dub Pennsylvania Gov. Tom Wolf, “Tommy One Note.” Wolf participated in a debate with his far-more-qualified-to-be-governor opponent, Scott Wagner, Monday evening in Hershey, PA. It was/is the only debate that will be held between the two. The debate (if you can call it that) was “moderated” by Jeopardy host Alex Trebek. During the debate Wolf indicated that if he is elected to a second four-year term, he will keep fighting every single year, year in and year out, to pass an exorbitantly high severance tax to pay back teacher’s unions for voting for him.
Continue reading

In July MDN brought you an article that exposes the Ohio Valley Jobs Alliance (OVJA) as a front group for Murray Energy–coal people trying to block new natural gas-fired electric plants from getting built in West Virginia (see OVJA Exposed as Front for Murray Energy Blocking Gas-Fired Plants). A new article appearing the the Charleston Gazette-Mail goes deeper, ripping the mask off to reveal Robert Murray (CEO of Murray Energy) as the puppet master pulling the strings of OVJA.
Continue reading 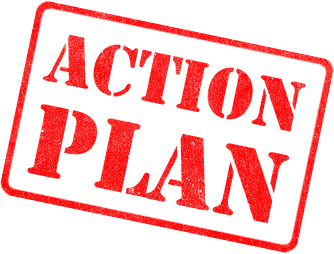 Columbia Gas of Massachusetts continues to try and recover from early missteps in how it responded to a series of explosions in its local delivery pipelines north of Boston in mid-September (see Local NatGas Pipes Explode Near Boston Killing 1, Injuring 25). The explosions and resulting fires tragically killed one teenager and injured 25 others. It left some 8,600 households and businesses without natural gas–for months. Yesterday Columbia released a detailed plan for how they will replace all ~48 miles of pipeline and get everyone back online by Nov. 19.
Continue reading

Environmentalists who buy into the fairy tale of man-made global warming have a new tool to force their will on the American people: Get liberal governors to abuse state review authority granted to them under the federal Clean Water Act (CWA) in order to block federal pipeline projects. NY Gov. Cuomo was one of the first to bastardize the intent of the CWA in this fashion. It is a hijacking of the CWA and its intended purpose–and it must stop.
Continue reading