We knew this day would come (although we secretly wished it never would). Our favorite government agency, the U.S. Energy Information Administration, yesterday released our favorite monthly report–the Drilling Productivity Report (DPR). The DPR chronicles how much oil and gas the country’s seven largest shale plays produced last month and their prediction for the coming month. For the first time in 39 months, the combined natural gas output of the seven shale plays will decrease instead of increase. But what a run it’s been! With gas prices in the basement and drillers slashing budgets and people, this was bound to happen. However, shale oil output will hit a new record in March: 9.18 million barrels per day.
Continue reading

Last year a sewage treatment facility in Belle Vernon (Fayette County, PA) claimed the effluent (runoff) it was receiving from a nearby landfill in Westmoreland County contained high levels of salt and radioactivity and was causing damage to their treatment system (see Another Post-Gazette Smear Job: Drill Cuttings Pollute Rivers). The landfill accepts drill cuttings–leftover rock and dirt from drilling holes (not wastewater)–yet the sewage treatment plant with help from the Pittsburgh Post-Gazette made accusations against the landfill and the shale industry. The state Dept. of Environmental Protection has stepped in and brokered an agreement with the landfill (called a consent order) for the landfill to make certain corrective actions and (of course) pay a $24,000 fine.
Continue reading

Big time opposition continues to Pennsylvania Gov. Tom Wolf’s plan to force the state to participate in the Regional Greenhouse Gas Initiative (RGGI), a tax on carbon aimed at coal and natural gas-fired electric power plants, with an eye to driving them out of business. We’ve written plenty about Wolf’s naked power grab, to force the state into RGGI without the legislature’s consent (see our RGGI stories here). In January we told you about a huge number of trade union members lining up to oppose the plan (see 130,000 PA Union Members Join Fight Against Wolf’s Carbon Tax). Those unionists have joined forces with the companies they work for in a coalition called Power PA Jobs Alliance with a mission to defeat RGGI in PA.
Continue reading Is anyone shocked at the audacity of anti-fossil fuel groups like the Sierra Club to simply manufacture (make up, out of nothing) new “data” with wild claims of radioactivity in order to block a New York landfill from expanding to accept more PA drill cuttings from shale sites? We aren’t.
Continue reading 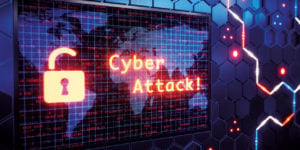 A U.S.-based compressor station facility had to shut down operations for two days after sustaining a cyber attack that prevented personnel from receiving crucial real-time operational data from control and communication equipment, according to the Dept. of Homeland Security. We do not know if the compressor was located in the Marcellus/Utica or another shale play. We do know this is a serious–and an increasing problem. We consider it cyber terrorism.
Continue reading

Since gas utilities began operating in the early 1800s, pipelines were originally built with cast iron, and later wrought iron. In the early 1930s, bare steel pipes began to replace outdated cast iron pipelines. Legacy cast iron and bare steel pipes make up 3% of the nearly 2 million miles of utility pipes in use, but account for most of the leaks and failures. As you know, every time a pipeline needs to be replaced, it needs to be dug up. Which is often not convenient for those whose property the pipeline crosses. Trucks, trenches, digging, noise. Not a fun thing. And increasingly every pipeline project, including critical replacements, are opposed by crackpot “environmentalists.” So the U.S. government had a brainstorm (no really, this is not a joke setup). What if someone could figure out a way to “replace” old pipelines in the ground, without digging them up?
Continue reading MDN is proud to partner with Petrochemical Update, now owned by Reuters Events, to promote the forthcoming Northeast US Petrochemical Conference & Expo 2020, being held June 29-30 in Pittsburgh. As part of that event, Petrochemical Update recently released the Northeast Petrochemical Industry Market Outlook 2020 report. We have details below on how you can get a free copy. Also below are details on how to register for the upcoming June conference–and save $150! Please join MDN at this year’s event. We promise it will be well worth your time.
END_OF_DOCUMENT_TOKEN_TO_BE_REPLACED