A shout-out to those who live in the Greater Binghamton area–and even those beyond our area–to listen in this Sunday evening from 7-8 pm to radio station WNBF AM-1290 in Binghamton to another edition of Table Talk with the Joint Landowners Coalition of New York (JLCNY). This week’s guest is Dr. Gilbert Ross, Medical Director of the American Council on Science and Health. Dr. Ross will discuss high volume hydraulic fracturing and the illegal and unscientific ban which stole away the mineral rights of upstate New York landowners. If you’re not in the Binghamton area, you can tune in live online at //wnbf.com (click the big orange LISTEN LIVE button). More on this weekend’s program…

This is cross-posted from the Natural Gas Now website (our thanks to Tom Shepstone):

Once again, this Saturday, on behalf of the Joint Landowners Coalition of New York (JLCNY), which I serve as a Field Director, will present an hour long radio show on www.wnbf.com, discussing the natural gas issues of the day. If you live in the City of Binghamton, New York you can listen on your AM Radio at 1290 or, if you live elsewhere, you can click on the link above and click again on “Listen Live.”

Dr. Gilbert Ross, Medical Director of the American Council on Science and Health will be the guest to discuss high volume hydraulic fracturing and the illegal unscientific ban which stole away the mineral rights of upstate New York landowners.

The one hour long show will be this Sunday, March 15 at 7:00 pm. The program is called “Good News Table Talk” and I will be hosting this week as my fellow JLCNY Field Director and co-host is recovering from some surgery. Rob Rano of the JLCNY will fill-in for Frank. 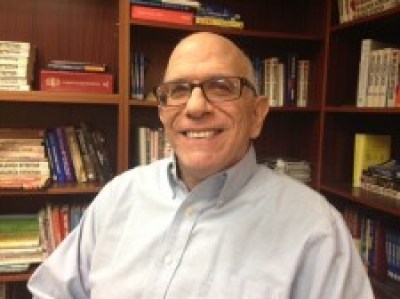 Our show this week will get into the weeds with Dr. Ross regrading the junk science used to justify the New York fracking ban, which affects all of Upstate New York in a negative way. If you miss this week’s presentation, it will be accessible in about one to two weeks at www.jlcny.org Until then, think positive and stay involved.