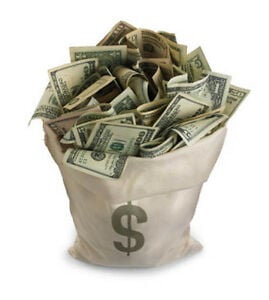 There is no way to track exactly how much royalty revenue is received by Pennsylvania landowners, because royalty income is not reported separately on the Pennsylvania income tax return. Royalty income is combined with rental, patent and copyright income on line 6 of the PA-40 state income tax return. However, the crack researchers at the Pennsylvania Independent Fiscal Office, a state government agency created in 2010, has a way of estimating how much revenue has been generated by oil and gas royalties. The IFO just released a report (full copy below) that shows they estimate royalties in 2018 hit their highest level since they began tracking oil & gas royalty revenue in 2010.