As we previously reported, an explosion and fire last week at the MarkWest Energy natural gas processing plant in Chartiers (Washington County), PA sent four people to the hospital–carried there by helicopter (see MarkWest Plant Explosion in Washington Co. Injures 4; 1 Critical). We are profoundly sad to report that the man who was in critical condition has died. The Allegheny County Medical Examiner’s office reported that Jeffery Fisher, 61, of Salem, WV died at 3:38 p.m. Tuesday at UPMC Mercy hospital. Below is an update on the situation, with additional new details.
Continue reading Two separate cases before U.S. District Judge David S. Cercone (in Pennsylvania) were settled yesterday by EQT. One of class action cases, brought against EQT, alleged the company had intentionally misclassified employees as independent contractors to avoid paying overtime. The settlement awards “more than 100” workers back wages totaling $2.8 million. The other class action case is similar, except it was filed against Rice Energy before Rice was bought out by EQT. Now that Rice is part of EQT, it is EQT paying the bills. In the Rice Energy lawsuit, some 90 workers are being paid $2.9 million for unpaid overtime. Wednesday was an expensive day for EQT.
Continue reading

Another abuse of power and bastardization of our judicial system–this time by RINO (Democrat wannabe) Tom Hogan, the District Attorney for Chester County, PA. Hogan has launched a criminal probe into the Mariner East Pipeline projects (1 and 2). The probe smacks not of justice but of politics–as in Hogan seeking higher office. It also smacks of a diversion–attempting to focus attention away from a recent lawsuit filed against Hogan by PA State Troopers because Hogan maintains a blacklist with troopers’ names that he refuses to call to testify in court cases (see Chesco D.A. Hogan sued by state police troopers over ‘do not call’ list). What better way to divert attention away from your own sleazy practices than to focus on someone else’s alleged wrongdoing?
Continue reading Remember the Carrington’s from the 1980s prime time soap Dynasty? Or how about the Ewings, as in J.R. and Bobby, from the prime time soap Dallas? No, we’re not talking about the remakes of those shows appearing in recent years. We’re talking about the originals. Both shows revolved around oil families of immense wealth–one in Colorado, the other in Texas. We have a real-life version of Dynasty and Dallas playing out right now–in Pittsburgh–with the Rice brothers and EQT. Not all the sex stuff–get your head straight! We’re talking about the backroom deals and bare-knuckle politics stuff. Last week we told you that Toby and Derek Rice, formerly of Rice Energy, have launched an effort to take over the company they sold Rice Energy to (see Rice Brothers Attempt to Take Over EQT, Install Toby as CEO). Earlier this week we told you that EQT Chairman Jim Rohr and CEO Rob McNally want to “talk” (yell, scream?) some more with the Rice boys (see EQT Chairman Rohr & CEO McNally Ready to “Talk” with Rice Boys). According to an article appearing in the Wall Street Journal, the Rice boys have more backing for their takeover plan, from Elliott Management. The details that leaked say the Rices want to replace Rohr and McNally. This is epic.
Continue reading The CORNballs are still at it. Even though NEXUS Pipeline, a $2.6 billion, 255-mile interstate pipeline that runs from Ohio into Michigan, partially started up in October, and went fully online in November, the Coalition to Reroute NEXUS (CORN), along with the City of Oberlin, Ohio, is asking the D.C. Court of Appeals to reverse the Federal Energy Regulatory Commission’s original decision to approve the project. Yes, the CORNballs (our name for CORN) want to shut it all down–even though the pipeline is in the ground spreading economic cheer throughout the region, and even though all of the scary nightmare scenarios predicted by CORN and Oberlin with respect to building the pipeline have now been proven false. The CORNballs and Oberlin are sore losers and apparently have endless gobs of money for lawyers to file frivolous lawsuits in federal court. The same two groups tried this stunt in a different court, the Sixth Circuit, where the lawsuit was tossed out last March. They’ve gone court shopping to try it all again.
Continue reading 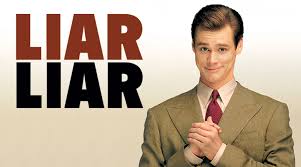 In October 2017, the radical Environmental Defense Fund (EDF) published a “report” that makes the preposterous claim that New England customers have overpaid utility bills by $3.6 billion due to collusion between the natural gas and electricity industries (see EDF Accuses New England Gas Utilities of $3.6B Market Manipulation). The report said New England utility companies Eversource and Avangrid intentionally manipulated the flow of gas along the Algonquin natural gas pipeline by placing and later withdrawing orders, in order to spike the cost of gas which then spiked the cost of electricity generated by the resulting higher cost of gas. It is a totally made-up, false report. So said the Federal Energy Regulatory Commission in February (see FERC Dismisses EDF Claim New England Utilities Manipulated Gas Mkt). And now, so too says the Connecticut Public Utilities Regulatory Authority (PURA). They find “no evidence” of collusion to jack up prices.
Continue reading