Anti-fossil fuel nutters who so often turn to criminal activity in the name of “protecting” the planet have struck again–this time at the Cricket Valley Energy Center in Dutchess County, NY. The natural gas-fired power plant is nearing completion and with every rivet punched and bolt that gets turned, it drives the nutters even more insane than they already are. Some 29 protesters, some of them not local, were arrested by Dutchess County sheriff’s deputies on Saturday for blocking the entrance to the facility. Four of them climbed a 275-foot smokestack to hang banners. We have the names and ages of all 29 who broke the law.
Continue reading Before environmentalist wackos got really wacko in opposing *anything* remotely related to natural gas, including gas-fired powered plants, Competitive Power Ventures got their 680-megawatt CPV Valley Energy Center in Wawayanda (Orange County), NY approved and (eventually) built and online (see CPV Marcellus-Fired Elec Plant in Orange County Now Online!). Valley Energy Center encountered a LOT of resistance near the end, including some from Gov. Cuomo himself, who tried to get the already-operating plant shut down (see Judge Refuses to Shut Down Orange County, NY Gas-Fired Plant). Now the nearby Town of Newburgh (also in Orange County) wants to retire an old gas-fired power plant and build a new one right next to it. The wackos are already in overdrive against the Danskammer Energy project.
Continue reading

This one really hurts. A true titan in our industry and all-around superb individual, Aaron T. Samson, died on Oct. 20 at age 59 following an accident. Samson was CEO of Moxie Energy, a company we’ve written plenty about over the years (see our Moxie stories here). Moxie has built a number of Marcellus-fired power plants in Pennsylvania. Aaron was personally, using his own hands, building a house for a close friend (at no cost) in Michigan when he fell, injuring himself, ultimately resulting in his death.
Continue reading We’re still feeling the fallout of FirstEnergy’s sleazy campaign to keep their $1 billion ratepayer bailout in Ohio. Last week we told you about FirstEnergy’s Mafia-like tactics in attempting to block petitioners from gathering signatures to overturn House Bill 6 that hands FirstEnergy $1 billion (see FirstEnergy Uses Questionable Tactics Against Referendum Workers). Part of FirstEnergy’s strategy was to gather signatures on a competing petition–aimed at confusing residents. It is that petition that is the subject of this post.
Continue reading

Kudos to Rep. Daryl Metcalfe, Chairman of the PA House Environmental Resources & Energy Committee, for being the adult in the room at yesterday’s hearing on so-called climate change (i.e. man-made global warming). Metcalfe, who is a “denier” that mankind is catastrophically causing the earth to toast, arranged a hearing on “Pennsylvania CO2 and climate.” He included six witnesses who testified they believe in the fairy tale of man-made global warming, and five witnesses who don’t, to offer their best evidence for/against. That’s about as even as it gets. Yet eco-leftists, like the executive director of PennEnvironment, compared those (of us) who hold an opinion other than his, to Nazis.
Continue reading The State of Connecticut’s “Siting Council” changed its mind in July and approved NTE Energy’s proposed project to build a 650-megawatt natural gas-fired electric plant in Killingly (see Connecticut Approves New Natgas-Fired Electric Plant in Killingly). The Siting Council recognized that some 6,000 megawatts of older, less-efficient power plants in the region are retiring and without new plants coming online to provide electricity, Connecticut and its neighboring New England states will begin to experience rolling blackouts if they don’t make up the difference with new supplies of electricity. However, CT Gov. Ned Lamont now sounds like he’s having second thoughts on approving the plant.
Continue reading Opposition to Pennsylvania Gov. Tom Wolf’s plan to have PA join with northeastern states in the so-called Regional Greenhouse Gas Initiative (RGGI) continues. Big opposition. Earlier this month Pennsylvania Gov. Tom Wolf went completely off his rocker with a power-grab to force PA into a regional alliance to tax natural gas-fired electric plants out of existence (see Gov. Wolf Goes Bonkers: EO Destroying Gas-Fired Elec, Carbon Tax). The reaction was swift–on both sides of the issue (see Reaction to Gov. Wolf’s Bonkers Plan to Strangle NatGas Elec Plants). Reaction against the plan continues. The Indiana County, PA Board of Commissioners recently adopted a unanimous resolution against Wolf’s foolish plan, laying out in dollars and cents the very high cost such a plan will have on the county (in lost taxes and lost jobs).
Continue reading All we can say is, shame on FirstEnergy. They hired people to block petition gatherers trying to get signatures for a referendum for the November ballot. The tactics used can only be described as bullying–sometimes physical. Workers are trying to get enough signatures on a petition to place a referendum on the November ballot. The referendum, if adopted, would overturn House Bill 6 which grants a $1 billion bailout to FirstEnergy’s economically failing nuclear power plants (see Ohio Nuke Bailout Law Means Fewer Natgas-Fired Electric Plants). FirstEnergy doesn’t want to give up that money.
Continue reading The fight to overturn Ohio’s House Bill 6, a $1 billion bailout (freebie) given to FirstEnergy to prop up its uneconomical nuclear power plants is getting nasty. Really nasty. We previously told you about FirstEnergy’s lying commercials that claim China controls the state’s natural gas industry–because a Chinese bank loaned some of the gas-fired plants money (see FirstEnergy Runs Attack Ad, Claims China Controls OH NatGas Plants). Somehow FirstEnergy got Ohio Attorney General Dave Yost and got him to overturn the the language of the referendum, disqualifying it on a technicality (see Ohio RINO AG Rejects Anti-Nuke Referendum). Because of Yost’s action, there isn’t enough time to get enough signatures. So the matter has gone to federal court, asking for more time.
Continue reading Earlier this month Pennsylvania Gov. Tom Wolf went completely off his rocker with a power-grab to force PA into a regional alliance to tax natural gas-fired electric plants out of existence (see Gov. Wolf Goes Bonkers: EO Destroying Gas-Fired Elec, Carbon Tax). The reaction was swift–on both sides of the issue (see Reaction to Gov. Wolf’s Bonkers Plan to Strangle NatGas Elec Plants). Following up, the Allegheny Institute for Public Policy has issued an analysis that exposes why joining the tax alliance is the wrong move for PA. And the Blank Rome law firm explains why joining the alliance is not likely to happen.
Continue reading In March 2018 MDN brought you the news that Pittsburgh International Airport (PIT) was exploring the possibility of producing its own electricity (see Pittsburgh Airport Plans NatGas Microgrid to Attract New Business). You may recall that CONSOL Energy (now CNX Resources) previously drilled a bunch of wells on airport property and now produces a boatload of natgas every day. The plan would be to use some of that gas to power a microgrid to lower the cost of electricity at the airport complex–a complex where officials are attempting to attract businesses to locate. The possibility is becoming a reality.
Continue reading Duke Energy loves natural gas-fired electric plants. Duke plans to build up to 4.7 gigawatts (GW) of new natural gas electric capacity in North and South Carolina between 2029 and 2034. In Florida, Duke plans to increase the amount of gas in its electric generation mix to 77% in 2027, up from 64% in 2017. And in Indiana, Duke wants to build a new natural gas plant in 2028, and another in 2034. Duke’s VP of state energy policy, Diane Denton, recently sang the praises of natgas at an Energy Bar Association meeting–saying natural gas “is critical to decarbonization strategy.”
Continue reading

It’s not often a new pipeline project crops up and slips by us. On May 31, Equitrans (formerly EQT Midstream) filed an official request with the Federal Energy Regulatory Commission (FERC) to build a 16.7-mile pipeline from southwest Pennsylvania into West Virginia in order to feed what will become WV’s very first natural gas-fired electric power plant (see WV NatGas Power Plant Gets Final Permits, Construction Begins Soon). The pipeline will connect to and feed gas from the mighty Rover Pipeline.
Continue reading What happens when two of three elected town supervisors either have a lease with a pipeline company, or have close family members who have leases with the pipeline company, and they must vote to approve a new power plant project that would use shale gas from that pipeline to power it? It’s called a conflict of interest, and we’re about to find out the answer to that question in Robinson Township (Washington County), PA.
Continue reading 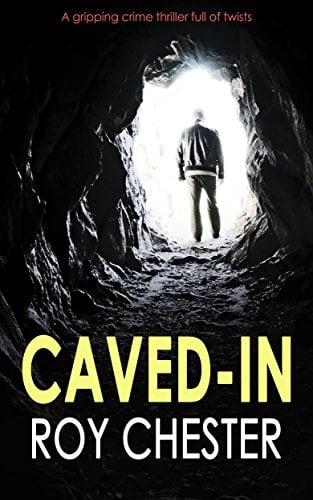 Apparently environmental radicals in the state of New Jersey can “have their way” with its Democrat Governor, Phil Murphy–just about any time they want. Murphy has the disturbing habit of genuflecting to his leftist base and has done so once again by coming out against a plan to build a Marcellus gas-fired electric power plant planned for the Meadowlands, a plant that would feed electricity to New York City.
Continue reading Leftist Democrats in Pennsylvania are still hopping mad that they couldn’t block Invenergy’s 1,480 megawatt, $1 billion Marcellus gas-fired electric plant called the Lackawanna Energy Center, located near Scranton, PA (see Huge Marcellus-Fired Power Plant Near Scranton Now 100% Complete). So they’ve decided to NEVER let it happen again. How? By introducing what they’re trying to pass off as a “reasonable” new law to establish “minimum standards for host community agreements between new power plants and their surrounding communities and school districts as well as a minimum host community fee.” In other words, the new law will micromanage and tax any prospective new gas-fired power project right out of the state.
Continue reading